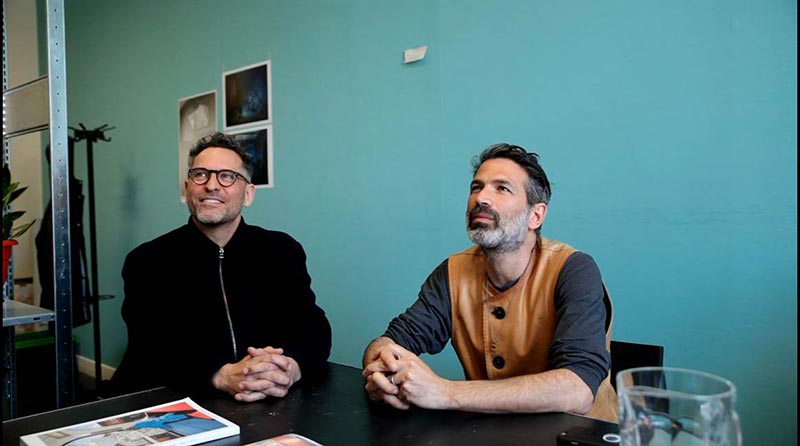 It is with great pride that the Royal Academy of Art The Hague announces the appointment of Adam Broomberg and Oliver Chanarin as lecturers at our Photography department for the academic year 2016/2017. London-based Broomberg (1970) and Chanarin (1971) have had numerous international exhibitions. Venues and collections include the Stedelijk Museum Amsterdam, MOMA, Tate Britain, Shanghai Biennial, Victoria & Albert Museum and many more. Major awards include the ICP Infinity Award (2014) and the Deutsche Börse Photography Prize (2013).

While tackling various political, religious and historical issues, the duo works across traditional photojournalism and other visual media, such as publications, photography installations and curatorial assignments and projects. Their strong engagement in contemporary multi-layered visual culture and the perception of it, adds perfectly to the KABK’s Photography curriculum and The Hague as international city of peace and justice. Broomberg and Chanarin will teach ‘Fiction and Society’ in the second year (full-time and part-time) and graduating students in their final year.

Royal Academy of Art The Hague – Photography The Royal Academy of Art The Hague is an academy for fine arts and design with a strong focus on research, entrepreneurship and internationalization. All classes are taught in English, 35% of the student population is of non-Dutch origin and artists, designers and photographers from abroad are actively invited to join the tutorial staff. In 2015, Photography department co-heads Rob Hornstra and Lotte Sprengers have appointed Donald Weber (World Press award winner) as one of the core-lecturers for the academic years 2015/2016 onwards.