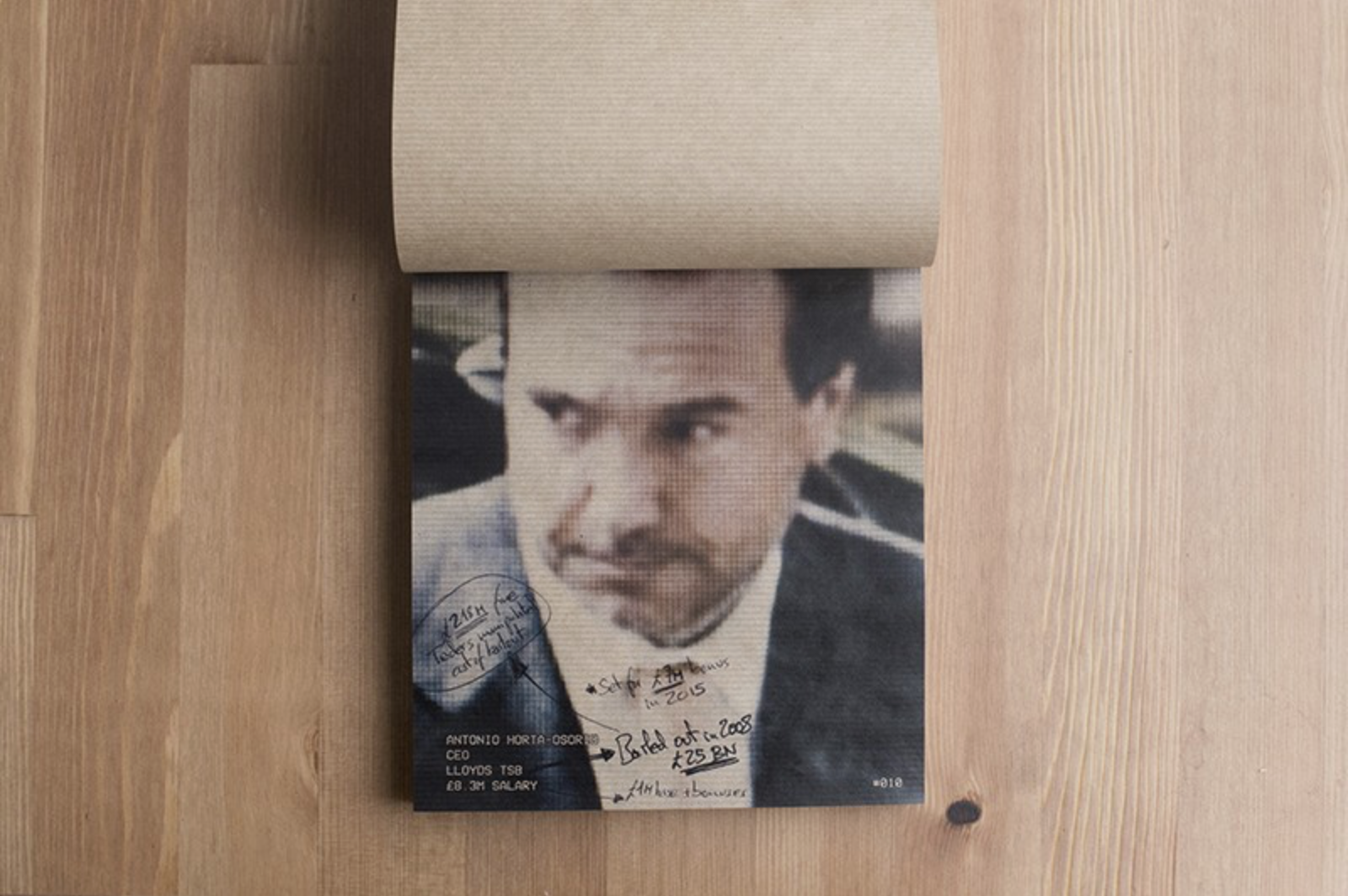 Brandt said of the First PhotoBook winner, You Haven’t Seen Their Faces, “Surveillance is now part of our ongoing conversation regarding the ubiquity of the camera. There is a compelling tension in this project that causes one to page through the book with increasing questions and diminishing answers.” Piani added, “Daniel Mayrit’s You Haven’t Seen Their Faces is proof that it is possible to make a great and intelligent book without necessarily creating a luxurious product.”

From a range of titles that included both emerging artists and contemporary masters competing for the PhotoBook of the Year prize, the jury selected Thomas Mailaender’s Illustrated People for its ability to activate archival material in a strong, contemporary way.

Images of Conviction: The Construction of Visual Evidence, this year’s Photography Catalogue of the Year, was selected for “its autonomy in relation to the exhibition,” says Boutin. “This book is an instant classic— well-done, with outstanding material.”

The shortlist was first announced at the NY Art Book Fair on September 18, 2015. All the shortlisted books are profiled in issue 009 of The PhotoBook Review, Aperture Foundation’s biannual publication dedicated to the consideration of the photobook. Copies will be available at Aperture Gallery and Bookstore, as well as through other distribution partners.

Subscribers to Aperture magazine will also receive free copies of the issue.

The thirty-five selected photobooks will be exhibited at Paris Photo in the Publishers Space. After Paris Photo, the exhibition will travel to Aperture Gallery in New York, where it will be on view from December 12, 2015, to February 8, 2016. In addition, the exhibition will tour to Huis Marseille, Amsterdam, as well as to four other venues to date, listed below.

In 2014, First PhotoBook was awarded to Hidden Islam by Nicolò Degiorgis (Rorhof), and PhotoBook of the Year went to Imaginary Club by Oliver Sieber (Editions GwinZegal and BöhmKobayashi). Photography Catalogue of the Year went to Christopher Williams’s separately published, matched set of catalogues, The Production Line of Happiness (Art Institute of Chicago) and Printed in Germany (Walther König). A special mention also went to VytautasV. Stanionis’s Photographs for Documents (Kaunas Photography Gallery).